The hungry child of a snail- Emoji Story

One rainy day in Philadelphia there was a strange occurrence when a mother snail gave birth to a human child. His name was Slog. Slog is shaped like a human but has a snail shell and is only an inch tall. He is mopey and sad and has a depressing, slow life. He inherited the slow trait from his snail mom.

One day they wandered into a lawn and smelled the delicious aroma of spaghetti. Slog abandoned his mother because he was starving and sick of things snails eat like leaves. She tried to stop him but she was too slimy. After about twenty minutes of getting to the patio, he climbs up the central island of the kitchen, right behind the human mother who is cooking the spaghetti. The mother turns around and walks away and Slog snails down the island, onto the kitchen floor, and then up the counter and stops next to the burners. He says "finally some excitement! this will be the greatest achievement of my little snail human hybrid lifetime!"

He climbs up the boiling pan and burns his slimy underside! He is in a lot of pain but pushes on because the thrill of the deliciousness enchants him. He gets to the rim, slips, and falls into the pan of boiling tomato sauce! He wallows in pain, gurgles the red hot sauce, and drowns in the burning sea. Don't be sad for him, he wanted to go this way.

The human mom gets the cast iron pan of burning sauce and pours it over the noodles. Little do they know, they ate burnt to the crisp snail.

Popular posts from this blog 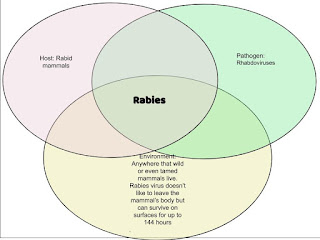 Rabies by Z Salt Rabies is an infectious disease that you can get by getting bit by a mammal. It could be your pet or even a dying opossum. Symptoms can be hallucinations, trouble swallowing, fear to drink liquids because of said problem swallowing, nausea, headaches, anxiety, and even partial paralysis. If you don't want to get rabies in your brain be conscious of traveling where rabies is common, adventuring in caves or camping, or even working with the virus itself if you're a scientist. You can prevent getting rabies by avoiding stray animals, getting vaccines for you AND your pets, and be aware of bats in your home. There is no effective treatment for Rabies. Some people get lucky and survive, but typically if you get Rabies you'll die. (; Sources: https://www.mayoclinic.org/diseases-conditions/rabies/symptoms-causes/syc-20351821#:~:text=Rabies%20is%20a%20deadly%20virus,%2C%20foxes%2C%20raccoons%20and%20skunks. https://www.wormsandgermsblog.com/2012/07/articles/anima
Read more

November 10, 2020
Let's talk a little bit about commenting. Commenting on blogs is important for socializing and being able to talk to friends that you haven't talked to FOR MONTHS! Speaking of, you don't just want to comment on your friend's posts because you also want to meet and connect with new people. In this blog post, I'm going to be talking about how to leave an interesting and well-seasoned comment.     The first thing that you need in a great comment is something to comment on. Here is the link to all of the 6th-grade blogs in Mr. Gonzalez's class for the 2020-2021 school year: CLICK HERE!     Once you have clicked on this link, find the name of someone you want to comment on. Remember you don't want to just comment on your friends. Say hello to them and then find a name you wouldn't usually click on. Once you choose a name then find a post that you are interested in or that catches your eye. Then click "comment".     Something that I've lea
Read more